Awards have been presented to 10 best communications products of the contest “Men Take Action – Stop Violence against Women”, which aims to inspire the young people, especially men and boys to join hands to prevent and respond to gender-based violence.

The awards ceremony “Men take action – Stop violence against women” was held at GOUNH (Green One UN House), Ha Noi on 28 June 2021. The contest was run from May 24th to June 24th, 2021 by the Center for Studies and Applied Sciences in Gender – Family – Women and Adolescents (CSAGA) with technical and financial support from the UNFPA, Bread for the World, and the companion of CCIHP.

The Contest received 139 entries, reached nearly 190,000 followers on CSAGA’s fan-page, and attracted some 120,000 interactions on social media. The entries to the contest attracted a lot of interest, received a number of likes and shares, and created extensive effects by the social network community.

The national study on violence against women in Vietnam in 2019 shows that nearly 2 out of 3 women in Vietnam (62.9%) experienced at least one form of violence (physical, sexual, emotional, and economic violence and controlling behaviors) and 13.3 per cent of women experienced sexual violence by a husband during their lifetime. Although violence can happen to anyone regardless of gender or age, women and girls are the main victims, most affected by violence, and the majority of perpetrators are men. It is thus essential that men be the central part of the solution to ending violence against women and girls. It is in this context that the "Men take action – Stop violence against women" contest was brought about.

The context was not only looking for creative products for solutions to end violence, but also aiming at promoting the participation of young people, especially young men and boys. The contest allowed the participants to join as an individual or as a group. They were free to create products in various media forms of their choice, such as videos, photos, pictures, etc., focusing on key topics: “identifying behaviors, providing solutions to violence against women, or suggesting ways to support/intervene when witnessing the violence.”

Speaking at the award ceremony, Ms. Naomi Kitahara – Representative of UNFPA Vietnam said, “While we are giving the awards of the contest today, I would like to say that everyone who joined this contest is the winners. I was so impressed with such strong communication and advocacy skills of young people in the campaign to achieve “Zero gender-based violence and harmful practices to women and girls”. UNFPA looks forward to keeping this momentum created, and we are not leaving women and children behind due to gender-based violence, in Vietnam’s development process.”

Ms Naomi Kitahara also pointed to the important role of Vietnamese reporters and editors in raising the public awareness. She said, “The media play an important role in changing Vietnam’s socio-cultural practice of silence when it comes to gender-based violence. We need to break the silence, so that survivors of gender-based violence can speak up and seek help and services when needed. The media needs to explain that violence against women has serious consequences on the social and economic growth of the country. No matter where violence happens, in what forms, or who it affects, it must be stopped.”

Ms. Nguyen Van Anh, Founder, and Chairwoman of CSAGA said: “Men play an important role in promoting gender equality and ending violence against women. As an organization that has worked in this field for many years, CSAGA has always wanted to work with men and boys to raise awareness and provide skills for relationship-building, problem-solving, and peace-building. The organization of these contests through social media will contribute to the creation of social movements about men working to end violence against women.”

On this occasion, UNFPA and CSAGA call for the joint action of the community in general, and young men in particular, to end violence against women and girls. Together let’s join hands to create an equal and safe society for women and girls. Without addressing gender-based violence, the country’s sustainable development goals (SDGs) can not be achieved! 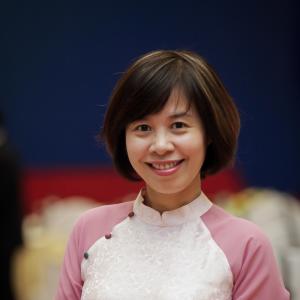