Story from a gay man in the deaf community

In school, I learned to adjust myself to the world of hearing people. I knew how to be a well-behaved child, how to make new friends and how to live day to day life. Little did I understand about gender or gay because hearing aids are not perfect, there are plenty of times I can’t understand words clearly. I also did not acquire enough vocabulary to have a conversation and start learning about gender. So, for a long time, I had to abide by my mom’s wish and lie to myself - I was misguided by friends because I am hard of hearing and I don’t have feelings for men.

I tried to project mom’s perspective when I saw myself. I found myself wandering alone. My soul was adrift and lost. I delved into books and movies. They were my sole companions throughout the toughest time. But the more I read, the more certain I became on who I was and that love is not wrong. I learned to look beyond my disability and embrace my otherness. My hearing difficulty is one part of who I am, and so do my emotions, my feelings, my love. They were not pre-conditions of the other. It is true instincts of humans to care and love regardless of abilities or disabilities. So don’t be afraid of exploring who you are and being truthful to yourself.

A story from Cuc Bui, a mother and a LGBT activist

I was shocked by a letter from my son while he was in 12th grade. He said he could not hide it from me anymore - he was gay. Reading between the lines, I knew he was in pain struggling to validate his feelings. For my understanding, he said maybe it was because he lost his father in early age. Years later, I learned it was not the real reason. There was no real reason. It was just pure love.

I love him, my only kind, filial and thoughtful son. But I was overwhelmed and helpless. I thought the only way out is to make him “normal” again. I sent him to military, and then business college with a lot of female students. He never rebelled against me until he said he wanted to go to Hanoi for culinary arts. It was disheartening to know he had sacrificed his dream for years only to meet my expectations. This time, I had to let him go.

What truly changed our life, is when I received an invitation letter from him to join a workshop about LGBT issues. It was challenging and fearful for me. But for my dear, I started the journey to understand, embrace and support. Now, I am devoted in sharing accurate and updated knowledge of LGBT community to prevent anyone from repeating my mistakes. From my son, I learned loving is to support one’s pursuit of true happiness, regardless of sexual orientation.

I am intersex, but I was assigned as female at birth. People barely know about biological diversity - or intersex - now, not to mention when I was little. Hence, I was seen as odd and rebellious to prefer short hair, boys’ clothes and toys. I was always the target of hurtful gossips among my relatives and teachers. When puberty hit me, my worst nightmare began.

I did not have any typical signs of puberty in girls. Contrarily, I had deep voice, muscular body and flat chest. I was cool with these differences because I always love myself and my body. However, people around me were utterly bothered. I was asked to visit the hospital for multiple check-ups and prescribed with “normalising” hormone therapy, with no urgent health considerations at stake.

The fear of being “feminized” against my will was immeasurable. Yet it was the eyes that looked at me with shame that caused me the most distress. Imagine waking up tomorrow, and finding everyone you love terrified by how “different” you are. They said I was not who I ought to be. But even doctors were not able to give the right answer of what I “was” due to the lack of awareness on intersex issues. Looking back, the medical procedures I had gone through were unnecessary, harmful, and also added up to a huge confusion about myself.

But do gender simply determine the meanings of our life? I resisted the treatments and dedicated to gather information about the truth of my body. It has been a rewarding journey to learn that I am intersex, and there is nothing to be ashamed of.

As I further my knowledge, I am proud of many things about being intersex. First among all, I became an advocate for rights of intersex person and their sexual and reproductive health in Asia. I met amazing people who unlocked my courage and they have brought me so far, even to the UN Human Rights Council hosted in Geneva. I am empowered to do my best, for human dignity and equality. 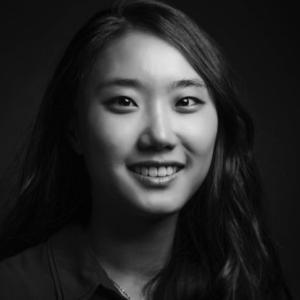