Mr Nguyen Huu Dao is the owner of the very first "Centre of Excellence" for harvesting, packing house, operation and storage of vegetables in Viet Nam. The model was designed to improve and modernise the country's agro-based value chain at all stages, ranging from basic production to processing and marketing.

As a business owner of harvesting agro-products such as vegetables and fruits in Phuc Tho district near Hanoi, Mr Dao over a course of several years, faced challenges in preserving good quality of his products after harvesting and in sustaining product competitiveness. Such situation was not unique to Mr Dao. In many cases, these challenges made most of Viet Nam's agricultural products grown for export sold at low price in international market. The volume of processed agricultural products in Viet Nam remains low comparing with other countries in the region, largely due to the outdated existing processing technologies.

When the United Nations in Viet Nam introduced "Centre of Excellence" model, Mr Dao joined and implemented the programme "Supporting the National Target Programme on New Rural Development" which aimed at strengthening the supply capacity of Vietnam's fruit and vegetable sector by applying appropriate technology along the value chain.

At the end of the programme, Mr Dao's company was equipped with a set of necessary tools and facilities for harvesting and post-harvest. They include net-houses to reduce usage of pesticides and improved seedling and irrigation system to boost productivity. Preliminary washing and ozone bubbling washing equipment were also introduced to his company. For post-harvest preservation, solar-powered cooling pads were built into the temporary storage and cooling house and packaging house were built including devices to help eliminate bacteria which was also included throughout the production process as well.

"These techniques and equipment have increased the quality and value of our products and greatly reduced post-harvest losses from 30 to 10 per cent, while the selling prices have increased by over 20 per cent, on average. The linkages and partnerships between farmers and production partners have increased to currently over 1,000 smallholders, with capacities of the company tripling to 1,500 kg/day, 80 per cent of which are packed and supplied to around 40 supermarkets and shops in the wider Hanoi area," said Mr Dao.

Mr Dao also received training courses on production skills and learned good practices along with 300 participants and stakeholders in the wider value chain, including farmers, collectors, and vegetable production cooperatives to ensure that all partners are aware of the advancement.

The success of Mr Dao and his company is one of many positive examples supported by the UN Joint Programme and the Government of Viet Nam. His local small-scale farm has grown into a competitive company, and his "excellence business model" has become an inspiration for fellow small business and farmers in the country to follow suit.

The UN's joint intervention has provided small agro-businesses with technical assistance and helped them to advance pre-processing and packaging, and properly preserve produce, thereby improving its quality and reducing postharvest losses. This, in return, has also increased the income of involved farmers.

The model has significantly improved the overall supply capacity of Viet Nam's agro-products and is easy to replicate in other farming sectors. 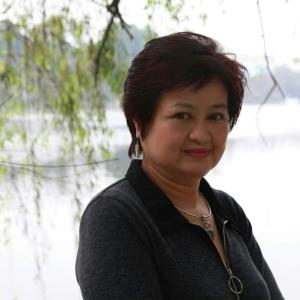