There was also the participation from the musician Tri Minh, who had been strongly supporting the event in particular and the work in Tam Thanh in general as this is part of his long-term commitment in a community project entitled World of Lullabies running over the last few years. Tri Minh had been training the local facilitators on how to use music to engage children and bring them enjoyable activities during their summer vacations. The facilitators are then expected to be able to organize similar cultural events at the local level. This is one of the pilot activities to enhance community participation in local cultural institutions under the project.

Another activity revolves around community-based tourism, an emergent and increasingly important source of livelihood for local people in Tam Thanh. A tour around the Tam Thanh Community Art village was conducted accordingly after the launching by the team members of the Thanh Thanh Community Cooperative, who will also take part in further capacity building workshops under the framework of the project.

Speaking at the event, while highlighting the role of cultural institutions at local level, Mr. Michael Croft expressed his expectation that "more villagers will come for exercises, meetings and cultural activities; more children come to play, read books and participate in other art-based programs; and more visitors come for the information they need before going on the village tour."

Mr. Yoshinori, Tsuchiya, Vice President of Mitsubishi Corporation in Viet Nam, also appreciated the project of Trung Thanh Community Center and assured himself of its impact in improving the living standards of the localities from establishing the playground for the children after their learning hours.

On behalf of the local government, Mr Nguyen Thanh Binh, Chairman of the communal People's Committee of Tam Thanh commune, highlighted the significance of the project in fostering the local tourism service sector by creating a playground of cultural expressions and art performance that offers practical experiences of the local living activities, home staying and touring, etc. and generates long-term and stable incomes for the communities as well as safeguards the cultural identities for a more and more developing Tam Thanh.

In fact, the support by Mitsubishi through UNESCO in complementing the government's investment in the buildings and construction focuses on the organization of this center with the equipment of practical facilities such as community library, information provision, media space and a number of trainings on management of cultural activities (music, painting, etc.) and community-based tourism for local cooperatives.

During the implementation process, particularly for the establishment of the community library, the project also received generous support from book publishing companies such as GU Books in Ha Noi. 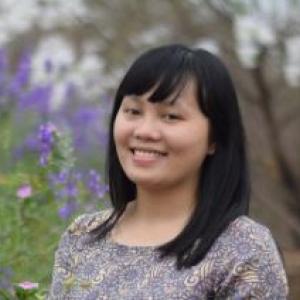