"I'm very impressed by the work and the commitment of the government and civil society to protect children in Viet Nam" said Santos Pais. "The recently adopted Child Law and the strong network of social workers, supported by human and financial resources can pave the way for a strong collaboration where everyone can help transform this law into action to eliminate violence against children."

During her visit Santos Pais gave a keynote speech at the opening of the 4th ASEAN Children Forum in Ha Noi and discussed with senior government officials, civil society and other relevant stakeholders issues related to violence against children in Viet Nam. She also travelled to the city of Da Nang to visit UNICEF-supported Social Work Center where she engaged with children on their thoughts about what violence against children means, what they can do to prevent it and who can support them. She also discussed with local authorities in Da Nang and civil society about city policies and programmes to strengthen the child protection and social welfare system to prevent and address violence against children.

Santos Pais held a dialogue with the child delegates at the 4th ASEAN Children Forum. Inspired by the conversation she had with them, she highlighted the importance of listening to children and to hear from them what can be done to prevent and respond to violence that affects them at home, in school and in the society in general.

There are an estimated 3.3 million children in need of special protection and particularly vulnerable to violence, which accounts for about 12 per cent of the total child population in Viet Nam. Countless numbers of children are vulnerable to neglect, abuse, trafficking and sexual exploitation. Children with disabilities remain particularly vulnerable and are 3 to 4 times more likely to be victims of violence, neglect and sexual abuse than their peers. Over 1.7 million are child workers, 172,500 are without parental care, 21,000 live on the street, 12,000 children are involved with the justice system, 2,381 are living with HIV/AIDS, and 1,067 use drugs.

These figures almost certainly underestimate the number of children in need of care and protection. Data on violence against children in Viet Nam is patchy, and as in many other countries government estimates based on administrative data are generally far below those based on independent surveys conducted by NGOs and academics. Estimates on violence against children in Viet Nam are based on the definition of a child as under 16 years of age compared with the international norm of persons under 18 years of age. Moreover violence is often an invisible problem even though it occurs in homes and families, schools, alternative care facilities, on the streets, in the workplace, and in places of detention. Too often people turn a blind eye or simply fail to report it due to fear or stigma. Even when children do speak up about incidents of violence, they are often not believed or they face a legal system that is not set up to respond adequately.

"Change starts with each of us. We can promote non-violent approaches to child rearing so that parents feel empowered to raise their children in a positive and caring environment without physical violence, and schools are truly safe learning environments. If we witness a child being a victim of violence, we should take action and report it to the authorities," added Santos Pais.

In addition to physical violence, children are increasingly exposed to the danger of being sexually abused or taken advantage of online. A recent poll in Viet Nam has shown that 41% of young people aged 18 years old have witnessed their friends participate in risky behaviors online. Globally, one in three internet users is a child and the spread of internet and mobile phones have revolutionized the way young people access information, but it has also brought a real risk of online abuse for girls and boys.

About the SRSG on Violence against Children

Marta Santos Pais was appointed first Special Representative of the Secretary-General (SRSG) on Violence against Children in September 2009. With more than 30 years of experience on human rights issues, and engagement in United Nations and intergovernmental processes, she promotes the prevention and elimination of all forms of violence against children in the justice system, in the home, in alternative care, in schools and in the community. Before her appointment as SRSG, Ms. Santos Pais was the Director of the UNICEF Innocenti Research Centre and earlier of UNICEF's Division of Planning, Policy and Evaluation. 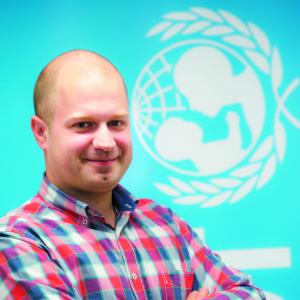 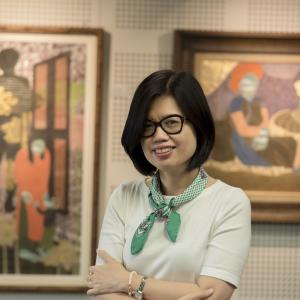